Ittiri, a large and ancient town in the west area of northern Sardinia

A large and ancient town in the west area of northern Sardinia, 18 km from Sassari and 28 from Alghero, that is known for its rural and folk traditions, crafts and remnants of the past.

On a high plain at 450 m above sea level, Ittiri is nestled among peaks (the highest being Monte Torru at 620 m), lakes (Bidighinzu, Cuga and Temo) and valleys dotted with olive groves and vineyards.

Ittiri is in the Coros region, a sub-division of Logudoro, and has almost 9000 inhabitants.

It is steeped in history. Ptolemy (II century CE) named the Coracenes, a Nuragic tribe (hence Coros), as its original inhabitants.

They were followed by Libyans, Galatians, Etruscans, Phoenicians, Carthaginians and, finally the Romans.

Cistercian monks began building abbeys and churches here starting in the year 1000. Two of them date to the XIII century: Paulis and Nostra Signora di Coros, graced with Romanesque and Gothic architecture altered over time.

The base of the parish church of San Pietro in Vincoli is also from that same period and seems to have been built over the remains of a Roman temple. The façade was rebuilt with a neoclassical flair in the late XIX century. The oldest remaining part is the choir, with a cross vaulted ceiling.

The economy is a rural one, based on artichokes and cheese, on wine and olive oil.

Pink trachyte is available in abundance and adorns the town’s streets and balconies.

Since 1994 they have held a trachyte biennial festival with sculpture competitions.

The results are on display in the old centre, rising among Art Nouveau buildings like palazzo Sussarellu.

The town is also known for its textiles, especially rugs and traditional garments.

The town celebrates its finest crafts and local delicacies in late March/early April with a festival they call “Prendas de Ittiri”. The town’s best-known event is the “Ittiri Folk Festa”, an international folk dance festival held in late July. Ittiri is an integral part of the Parco Grazia Deledda, which brings together the towns featured in the novels of the Nobel author.

Its territory is an open-air archaeological park.

The oldest remains are prenuragic: the sa Figu necropolis, that dates between the final Neolithic and Middle Bronze age, includes eleven hypogean sites, some of them are original domus de Janas while other ones are restructured domus with a new ‘architectural prospectus’. Near the tombs there are a “proto-nuraghe” and a megalithic circle made of orthostatic boulders.

A little further down the valley there are the domus of the necropolis of Ochila, some richly decorated. The hypogeum sites of Musellos and the area of Runara are also pre-nuragic, and are formed of two dolmens, one si intact, and alignments of menhirs.

Here there are also a megalithic wall and two of the sixty nuraghi of Ittiri, to which ten villages, two tombs of the Giants and a sacred well are added.

A part of the nuraghi has a little articulated structure, “corridor” or single tower, other ones are complex monuments: they demonstrate the evolution of the Nuragic civilization.

The nuraghe Majore is a well preserved one, with a main tower with several floors and a lateral one which is covered with a perfectly worked wall, like in sacred wells.

Some buildings, such as s’Adde and su Chessalzu, are built in both basalt and limestone, with two-colour effects.

The link with the past is particularly strong in Ittiri.

The inhabitants preserve ancient uses and traditions that are mostly manifested on the occasion of the celebrations related to the churches and sanctuaries in the territory: from the race of horses, to the processions in traditional costume, to the events of dance and theatre.

The strong link with traditions is also evidenced in the preserving and using traditional clothing by a fair number of old women, although in updated forms.

The undisputed pride of Ittiri, in fact, is the female costume, in use until the 1970s. The great richness and variety of women’s clothing here represent a complex system which has undergone changes over time and is the subject of specific studies.

Photo by Pisanu10 for the original photo click on link

In this area you will be directed to the Ittiri turismo site to get all the information on this location.
Click to Access 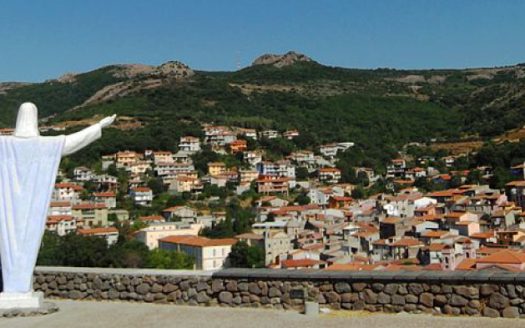 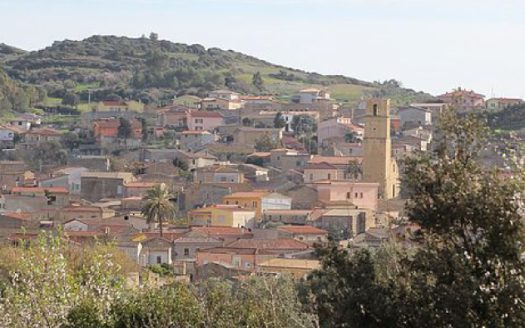 Collinas an oasis of peace and tranquility w...

Jun 07, 2019
Collinas an oasis of peace and tranquility where ancient and contemporary coexist. On the border between the Campidano plain and the flourishing valley in the centre of Sardinia, Collinas was for centuries a crossing point for the people going from the coast to the inside of the island, through the ...
Continue reading
Consenso
Usiamo cookie per ottimizzare il nostro sito web ed i nostri servizi.
Manage options Manage services Manage vendors Read more about these purposes
Preferenze
{title} {title} {title}
Some Nice Welcome Message
Sign into your account
Create an account
Reset Password
Register here! Forgot password? Back to login Back to login

Castelsardo, a picturesque medieval village perched on the Gulf of Asinara.
Tuili from Sardinia, a small town in the Marmilla area