A fascinating medieval village in Montiferru region, in central-western Sardinia, Santu Lussurgiu preserves the memory of the past in its ancient architecture, while nature triumphs around it.

On the south-eastern side of Montiferru, 500 metres above sea level, set in an amphitheater of volcanic origin and protected with lush forests, this village holds the treasure of a myriad of springs.

Santu Lussurgiu is a 2400 inhabitants medieval centre, halfway between Oristano and Bosa, and its name derives from the saint-soldier Lussorio who here preached before martyrdom (303 AD).

Once a renowned cultural centre, a summer residence of nobles and writers, as well as an anti-feudal stronghold, the village now offers its accommodations and restaurants to tourists who are attracted by the old centre, by culture and by archaeological and naturalistic excursions. At half an hour’s drive, finally, there are the magnificent beaches on the west coast of Sardinia, like that of S’Archittu or Putz Idu.

Santu Lussurgiu, born around the church of Santa Croce originally consecrated to San Lussorio (1185), today is an ancient medieval village characterized by narrow cobbled streets and ancient tower houses, immersed in a landscape of rocks and woods, mainly chestnut and holm oaks.

The historical memory of the village is preserved by the Museo Della Tecnologia Contadina, set up in an eighteenth-century house, where two thousand objects of traditional activities are collected.

The agro-pastoral soul is expressed by the breeding of the red ox, from which high quality meat and milk for the cheese casizolu derive.

The first among the naturalistic excursions is the “route of the seven springs” of oligomineral water in San Leonardo di Siete Fuentes, a ghost village born in the twelfth century and inhabitated until the sixteenth century. Immersed in the San Leonardo forest we find its Romanesque church.

The route of the springs begins in Silbanis, then continues inside the village, in Su Sauccu, an old wash house, continues in the park at Funtana Longa, a stop with refreshment at Sa Preda Lada, and finally, at altitude, at S’Ena ‘e S’ Alinu, at Sos Crabalzos and at the scenic Elighes Uttiosos (dripping holm oaks), where water seems to flow from holm oaks.

The springs give rise to streams and waterfalls, including S’Istrampu de Sos Molinos, whose name recalls the many pre-industrial mills used to weave and pack fabrics.

Woods of holm oaks, oaks and chestnut trees, populated by deer and mouflons and flown over by hawks and griffins, wrap around the winding and steep cobbled streets and the basaltic or tuff stone houses of the village.

The domus de Janas of Matziscula and Mandra ‘e Caddos in the territory of the village testify the presence of man since Neolithic times, while the village of Monte Agudu, some Giants’ tombs and many nuraghi, some well preserved, date back to the Nuraghic age. The remains of the “villas” Santa Ittoria, Camputzola and Banzos testify to the Roman passage.

In this area you will be directed to the website of the Municipality of Santu Lussurgiu to get all the information on this locality.
Click to Access 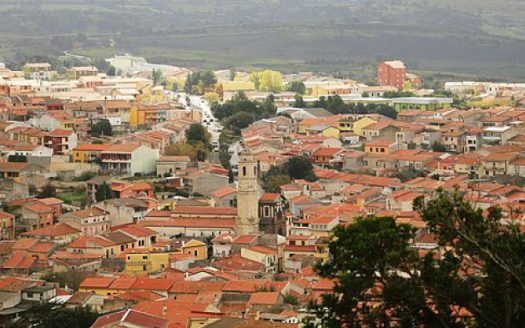 Ittiri, a large and ancient town in the west...

Jun 17, 2019
Palau transparent and crystalline waters, colors and scents of the lush Mediterranean vegetation Palau is located in one of the most scenic parts of the north-eastern coast of Sardinia. Despite the tourist development that chagend it into the today’s charming and hospitable small town, Palau still k ...
Continue reading
Consenso
Usiamo cookie per ottimizzare il nostro sito web ed i nostri servizi.
Manage options Manage services Manage vendors Read more about these purposes
Preferenze
{title} {title} {title}
Some Nice Welcome Message
Sign into your account
Create an account
Reset Password
Register here! Forgot password? Back to login Back to login